This inhabited center dated back to the IV-III century BC was built in a dense wooded area and has grown into various locations, including Montalto, Valle, Villa, Tribbio and Monastero.
The forest was for centuries the real resource of the mountain and also the site of charcoal kilns and local delicacies such as mushrooms and truffles.

Near the woods they were built the first urban settlements, like the same Cessapalombo, which takes its name from the ancient Latin word caesa or by da caesa silva, meaning forest cut.

In Piazza Vittorio Emanuele, the Church of St. Andrew has a fine wooden statue of the Virgin with Child known as Madonna of the Impollata ( 1400) and behind the altar the painting Mater Misericordiae with Knights by the artist Giovanni di Girolamo from Camerino.

Nearby it is worth making an excursion to the former Castle of Montalto where, in a panoramic position, you can observe impressive ruins of towers and walls. Not too far away there is the Church of St. Benedict in which is preserved a wooden Crucifix of the seventeenth century and a fresco by De Magistris (1526).

In the district of Montalto you can find Palazzo Simonelli built in late 700th in which is now housed the Museum of Carbonaie that collects typical instruments and historical documentation of this ancient activity developed until the end of 1800.
The charcoal burners traditional craft characterized the old social and economic system of most of the Sibillini area; charcoal burning was the primary source of energy and the main economic resource of the populations of municipalities like Cessapalombo.

The museum has also an external location, the “path of charcoal pits”, where all the stages of the production of coal have been accurately reconstructed.
There is also an area dedicated to other typical natural features of the Mounts Sibillini National Park: geological and geomorphological resources, waters, flowers, animals, human settlements, historical routes of old civil and religious traditions.

Lastly you can enjoy a visit to the Monastery where, in an isolated position downstream the town, is the Abbey of San Salvatore characterized by a beautiful three naves crypt with important artistic elements and a fresco of the Madonna with Child dating back to the X century.

In Montalto there is the Garden of Butterflies, an equipped park of about one hectare, ideal for educational activities with schools to discover the fantastic world of butterflies, flowers and plants.

Along the path that develops within the garden you can find the greenhouse observatory, the pond with its inhabitants, the officinal garden, the herbs area and equipped zone for picnics.

On March 22, 1944 in Montalto it was consumed the massacre of 27 partisans and since 2003 a commemorative march through the site of the tragedy takes place every year. 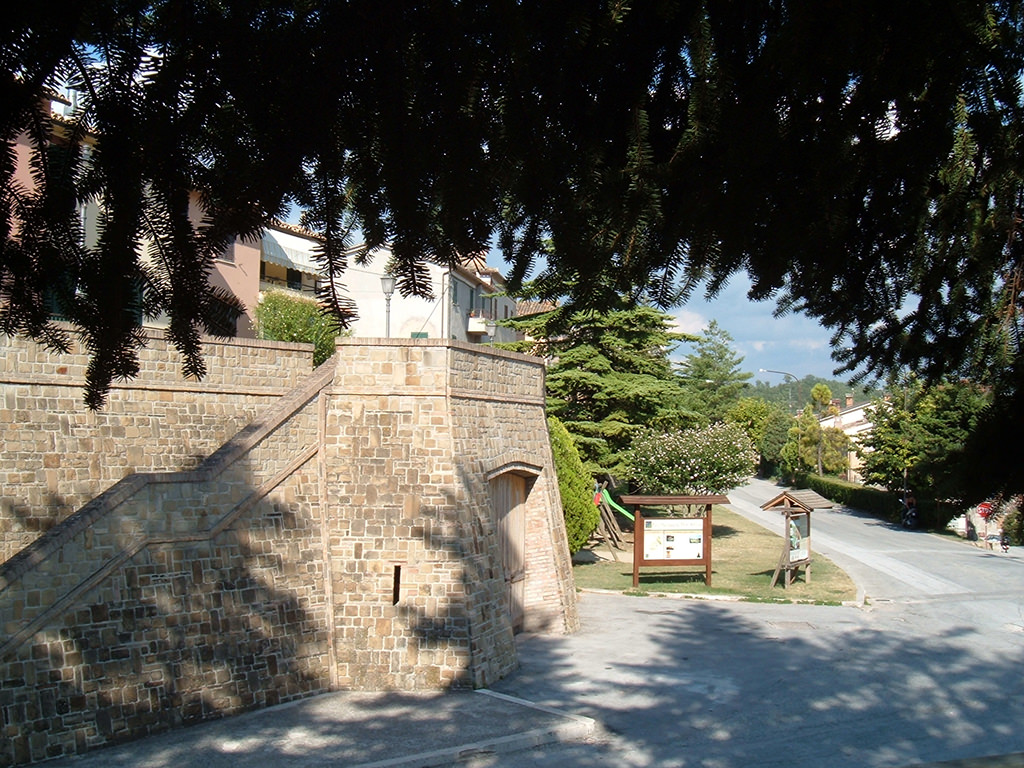 torna all'inizio del contenuto
This is the section of the institutional site of the Municipality of del Comune di Cessapalombo dedicated to tourism. For information regarding the organization, go to the home
This site is made by

according to the main accessibility rules | Credits | Privacy | Legal notices